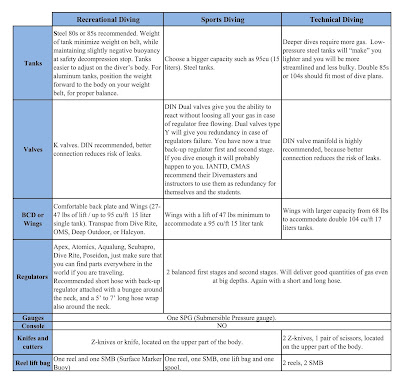 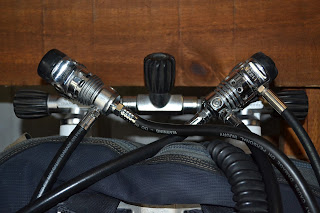 The basics of a good foundation

The basics of a good foundation are inherent to the quality of the material or tools that are used in the building of that foundation. Gear configuration is one of the tools that will shape a cave diver career.

Gear configuration is an essential topic. This is basic for all cave training. Remember what we talked about on our last “Tips and Technique” column. 2013 Underwater Speleology The journal of the cave Diving Section of the National Speleological Society NSS/CDS

“Gear configuration is an important factor. Remember your training. Look around and ask other divers why they use a specific type of equipment or configuration. Be open-minded.”
We need the best possible tools to do the perfect job. If I visualize a cave diver in the 80’s the gear set was limited to the basics. The equipment is probably safer today but divers in the past paid more attention on what they had, and I am sure it was taking long hours to get the best on their gear configuration set up. Given the fact that gear donned was minimal, streamlining was commonly and easily achieved. So let’s go back to the minimum gear requirements for Cavern, Intro Cave and Cave Diving dives.
Practice in a pool or in a confined Water, with your equipment helps to understand it better. (see IANTD Essentials Recreational Scuba Diver video gear removal practice)

The main recommendations to a good gear configuration are:
Redundancy
Streamlining
Accessibility
Comfort

Steel Tanks 80s or 85s are recommended; the weight of the tank will minimize the weight on the belt, while maintaining slightly negative buoyancy at your safety decompression stop. These tanks are also easier to adjust on the diver’s body. If you choose aluminum tanks, you will have to position the weights forward of the body on your weight belt, for proper balance.

Valves
DIN valves are highly recommended, because they allow a better connection that reduces the risk of leaks.

BCD
It is a good practice today to use wings and harness such as Transpac from Dive Rite, or a standard aluminum back-plate with wings such as OMS, or Halcyon. The advantages are enormous: it is easier to attach the pressure gauge with large D-rings and you will have better horizontal position swimming underwater.

Regulators and Hoses
Well maintained regulators are fine, I would go with the main brands such as: Apex, Aqualung, Atomics, Dive Rite, Poseidon, Scubapro, and make sure that parts will be available when traveling. I will recommend a short hose with a back-up regulator attached with a bungee around the neck, and a 5‟ to 7‟ long hose wrapped also around the neck.

Gauges and Console
One SPG (Submersible Pressure Gauge) is a good idea. I suggest removing the plastic cover on the SPG itself that has a tendency to keep moisture in, even if it protects the SPG from shocks; it then becomes easier to see and control leaks.
Personally I do not like consoles. They are too bulky - even the smaller ones. Also, in case of an emergency, the diver needs both hands, so they can easily have access to control their depth and stop time. I strongly recommend wearing everything on the wrists.

Knifes and cutters
Cutting devices are very important pieces of equipment, small and located on the harness or waist strap. would recommend Z-knives, which are easier to use with one hand and they cut almost everything (monofilament, cave-line, nets, etc.)


We would use the same basics but we will add and dual first and second stage as seen in picture.
Original Article was published in the Volume 40 Oct/Nov/Dec/ 2013 Underwater Speleology The journal of the cave Diving Section of the National Speleological Society NSS/CDS
Georges Gawinowski
www.cavedivertraining.com 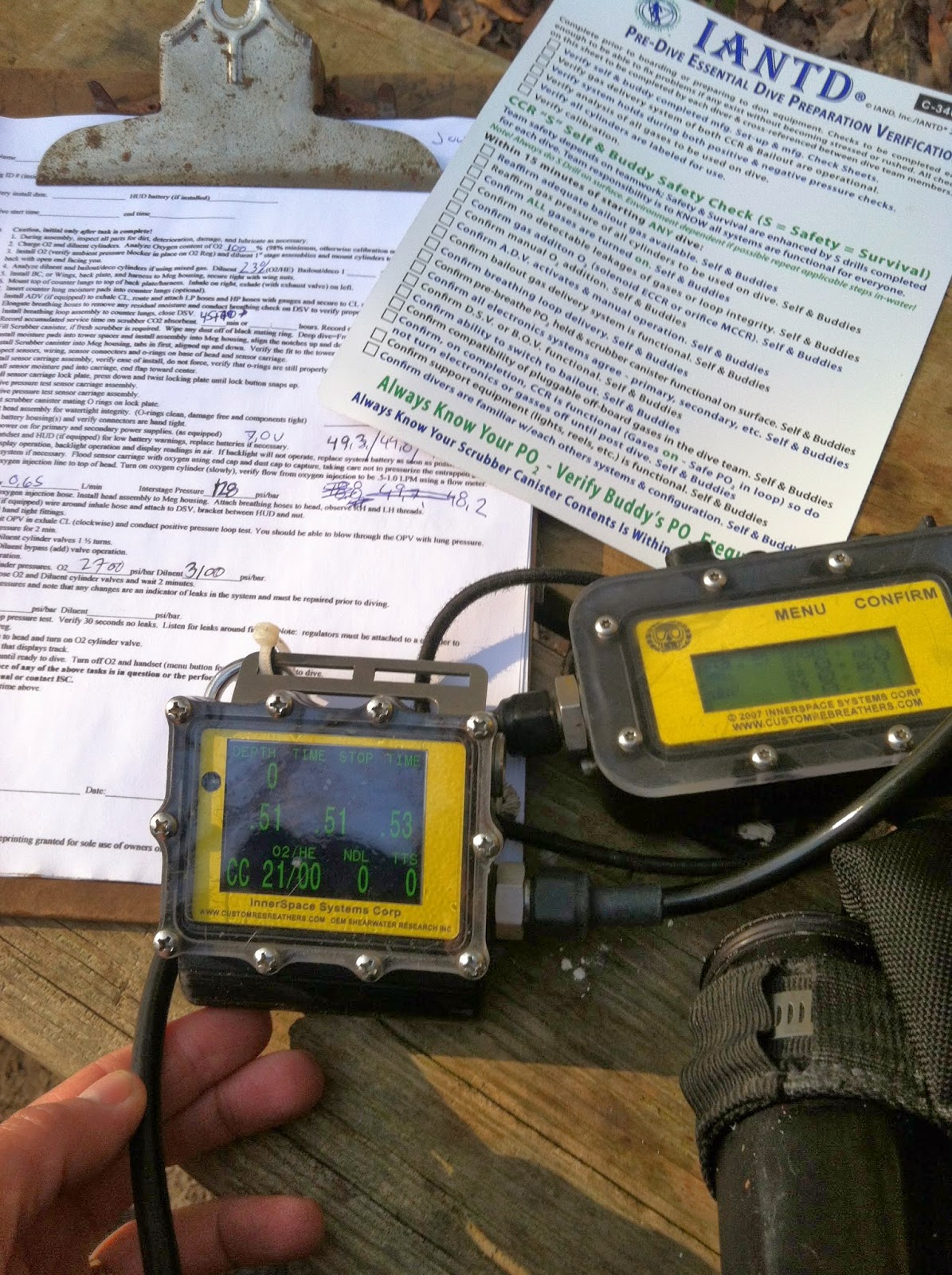 We have already talked and shared opinions on Rebreather diver's check list, I believe this is something that we must emphasize and remind ourselves and people the importance of it. I still today see so many Rebreather divers rushing with the manufacturer checks and being complacent with their personal check.

A Scuba diver has many responsibilities before jumping in the water. We know that one should be mentally and physically fit, and that the equipment should be set for the "mission". This is what we learned from our Technical diver  courses. It also means being able to use and reproduce the skills acquired; the rebreather diver's check list is one of them and part of the solution to reduce CCR divers complacency.

We all know that an airliner pilot who has been flying for years keeps going over basic checklists before take off. So it is one of the main responsibilities for a CCR diver to follow the check list recommended by the manufacturer and by the diving agency.

2) Agency check list:
Agencies like TDI, IANTD, PADI and probably others have developed a check list for their divers, it is a pedagogical tool that can help the diver detect changes after the manufacturer's check list has been completed. If we follow the agency philosophy and use their material, let's do it completely and use the tools created by professionals trainer who know student's mistakes and errors.

3) Personal check list.
Just before jumping in the water, I call it a "personal survival check list", every individual is different, and it is important to develop a personal muscular memory with one's unit by controlling our equipment on land. Recheck primary and secondary equipment, such as valve opening, manual O2 addition, automatic diluent valve open and functioning, safe partial pressure of oxygen in the loop, BCD inflate and deflate...
It helps the diver to review his equipment and confirm that he has all what he needs for the dive.

4) In water-check.
Cave divers have been using these techniques for a long time. Check for leaks and others detectable problems that we can only be detected in the water. Bail-Out first and second stages regulators, primary and back up lights must be checked in the water, dive buddies must check for leaks tant can appear on tanks valves, first stages regulators, pressure gauges, hoses connections, dry-suit inflation.

"In order to sustain training, divers must be able to “do something about something,” or remaining instrumental in their own lives. As divers we must realize that no one else can act on our behalf, and that no one can think for us, practice for us, or react for us. To help us develop a factually-based sense of instrumentality, we will start by devising an outline that draws on individual progress. Our plan of the first steps seems obvious- they are: reflection, motivation, planning, and training. However, the last step, repetition, is often set aside- to the diver’s detriment. Building an initial plan of action around the concepts mentioned above may serve to reduce accidents and increase diver safety". IANTD Essentials manual Georges Gawinowski

The rebreather diver responsibility is to eliminate problems related to their CCR unit through a methodic practice, and by setting a good example for the community.
Safe CCR diving
Georges Gawinowski
www.cavedivertraining.com
IANTD SE Training director.